Day 1,000 of packing and still not having moved…

Lol, ok, maybe not really a thousand days – that’s the “feels like” count.  But the movers don’t come til Monday so we’re in really good shape.

This morning, i packed my secret stash of real guilty pleasure books – the “can’t pass for educational” kinky books that have been hidden away in a cabinet in my bedroom.  They fit perfectly in one book box. i had forgotten that i actually have a copy of Story of O, which is good to know.

I have some other books that i haven’t even read – one on Tantric Sex that i think i should be more interested in than i actually am.  In theory, i’m very interested, but the last time i sat down with the book, i couldn’t really make myself do any of the practices.

I’m re-intrigued, however, by this comment i ran across recently:

“My friend Sean recently wowed me by casually mentioning that he had just attended a three-day tantric sex workshop where the end goal was, well, for no end goal. “The point,” he said, “is to channel all the sexual energy that would normally leave during an orgasm, back into your body. It gives you so much energy!”

So maybe i do want to revisit the book.  I can at least put it on my To-Do list, under the sub-heading “Procrastination.”

One more work day, and almost all the things i thought i’d never get done are actually done and i only have a couple of things i have to do today.  I mean, it’s a full day’s work, but not excessive, so that’s exciting.  I can go into my not-really-a-vacation time with a clear conscience.  And now i’m wondering about fun things i might want to do, beyond packing and unpacking and cleaning and such.

But – speaking of procrastination – i had no sooner written about the word than i flipped to FB and saw this:

“It turns out procrastination is not typically a function of laziness, apathy or work ethic as it is often regarded to be. It’s a neurotic self-defense behavior that develops to protect a person’s sense of self-worth.

You see, procrastinators tend to be people who have, for whatever reason, developed to perceive an unusually strong association between their performance and their value as a person. This makes failure or criticism disproportionately painful, which leads naturally to hesitancy when it comes to the prospect of doing anything that reflects their ability — which is pretty much everything.” 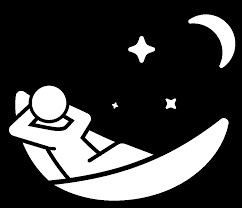 The Journey of a Lifetime
OverFiftyandFreeWomanBlog