Not either really.  I’ll hover between them on a buffet, but often as not don’t take either.  When I do pick one, it’s probably pancakes.

Both!  Ok, if I have to choose – probably lobster.  Maybe.  I do like a good steak too…

Oh, I don’t have either, unless you count the dimples where I’m um,  a bit plump.  Which do I prefer?  Dimples, I guess.

4. Board games or video games?

Damn – neither!  I don’t know why I decided to do this TMI!   No. I don’t play board games or video games.  I’ve gotten a bit obsessed with on-line games in the past – don’t even mention free cell solitaire to me.  And once upon a time in the long ago I was a pinball queen, but of course that involved bars.  So I’m better off staying away from those kinds of activities.

Dress up!  I do like to dress up – and since I work from home, I dress down all the time.

6. Backseat of car or kitchen counter? (Of course I’m talking about a spontaneous place to have sex)

Oh, hmmmm, lol, really neither.  But maybe kitchen counter.  Back seats are not only uncomfortable, but here’s more risk of getting caught and I’m too old for that

7. Nipple clamps or handcuffs? Tell us why you chose your particular sexual encounter enhancement?

Handcuffs!!  I like nipple clamps too, but being restrained, not able to use my hands is soooooo hot.  Preferably the leather, fur-lined kind, but I will take what I can get.

Bonus: How was your weekend? Would you like to repeat it or never see that weekend again?

I had to stop and think – weekend? What weekend?? Oh, that’s right.  Saturday, I was coming home from work travel, and that was ok.  Pretty uneventful, which is good.  Had some lovely Chinese fast food in the airport during my layover, which was nice.

Sunday was pleasant.  We went out and actually had drinks and a free buffet and theoretically watched the Super Bowl.  Theoretically because (in addition to not eating pancakes or waffles, not playing board games or video games, and not being enthusiastic about dimples or freckles) I don’t watch football.  I am clearly, officially, no fun at all.

All of which makes me giggle. 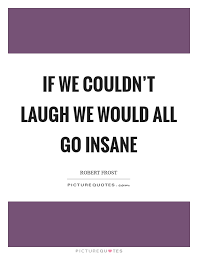 6 thoughts on “Not Tuesday, Still TMI”

The Journey of a Lifetime

"The journey has been incredible from the beginning." - Sidney Poitier